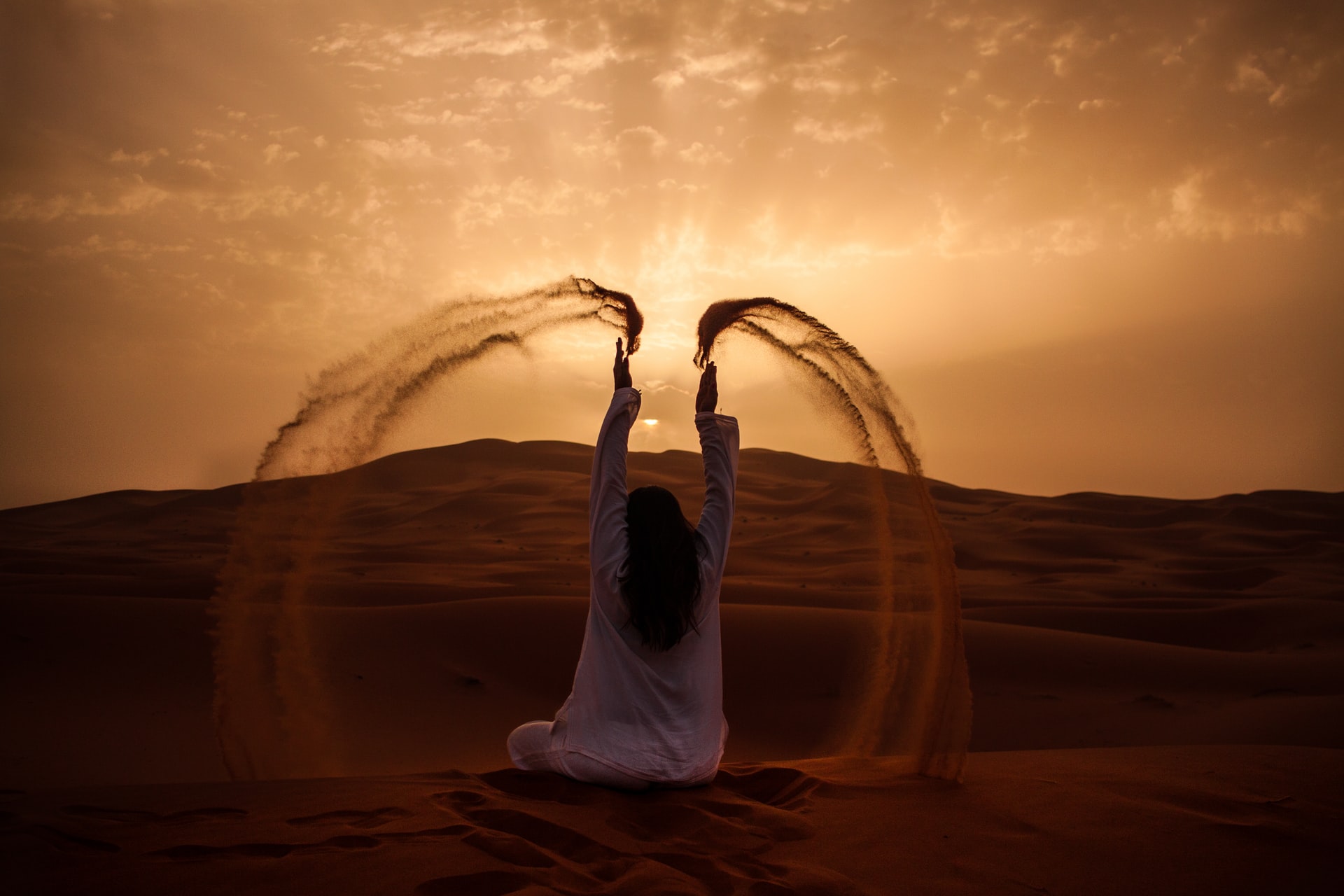 Few people living in temperate suburban America can claim that their lives are ruled by the weather. But some of us live in the extremes. My town is one of those places.

I live in the heart of the Sonoran Desert in a small town established in the valley of three mountain ranges. My house rests in an area of steep hills and valleys, with a view of Vulture Peak, named after the establishment of the Vulture Mine during the 1860s. My neighborhood is a mixture of 30-40 year old homes and brand new development. The homes in my neighborhood have large lots peppered with the unusual vegetation that draws so many curiosity seekers to our part of the country. Suspiciously absent to the newcomer is grass. No-one bothers. the natural desert environment takes over and exotic native cactii and other heat-tolerant plants from Arizona, Mexico, South America, Africa, Australia make their way into our gardens.

After a rain, which happens only seasonally, and then in mild deluges, the neighborhood smells of creosote and sometimes oranges.

In the desert, trees have black, gnarled and knotty bark that is tough and gristled, like some of the ol’ timers that live in trailer parks and motor homes. The leaves on desert mesquite trees are tiny and frilled, with a feather-like quality that doesn’t quite fit with the scraping, scabby bark of the very same trees. Desert mesquite trees and palo verdes (green trees for you Spanish speakers) dominate the landscape in the arroyos and washes, where rainwater runs and is absorbed into the thirsty ground.

The area is a dusty landscape of browns and silver, grey greens. In the springtime, with a just a little bit of luck and a reprieve from the intense heat we receive, the land is dotted with yellow and sometime orange flowers, on palo verde trees, on creosote bushes, and on the spindly silver stalks of desert marigold. Cactus plants are the lone exception, seasonally exploding into brilliant flowers of fuchsia, blood red, pearl white, and peppermint pink. Some of the prickly pear cactus plants are purple, the cactus ears absorb minerals from the ground.

In front of the high school, a prickly pear in bloom touts the school’s colors: purple and gold. The ears are purple and the flowers are gold. An amazing sight.

My little house has a view of the blue mountains yonder, my neighbor’s white mare, and an eclectic mixture of homes dotting the hills. Out my back windows we keep bird feeders and sometimes watch as snakes and hawks and owls scout out their prey. I am amused at lunchtime in the spring when the animals are still active, but seeking out shade, to see lizards peering into my windows, ground squirrels resting under a wheelbarrow filled with weeds, and a baby bunny panting in the tiniest tuft of grass which grows just outside of my flowerbeds, where the grass finds occasional water.

In the summertime (when I am not pregnant) my day can begin as early as 4 or 5:00 in the morning. The cool air settles in for only a moment after dawn, and then the sun rises and burns off all hope of comfort. The air in Wickenburg is brilliant and still and photo-realistic. The sky is a blinding brilliant blue that reflects off many surfaces. Arizonans get cataracts at alarming rates.

Dawn is a time of hurried activity, when the weather is cool enough to manage. At 6:00 a.m. people rush to the grocery store and the gas pump and onto the walking trail. By 7:00 people stumble indoors to turn up the air conditioning. By 10:00 a.m. the curtains are closed on all the west and south facing windows, and people stare gratefully at darkly painted walls you would never see in the northeast.

Construction workers and landscaping crews begin work as early as 3 a.m., racing the clock for temperatures that won’t cause heat stroke up on tile roofs and stucco walls. At 9:30 a.m. I see white vans running in front of the convenience store, where the construction workers buy their lunch.

My day is like many other moms’. I play with my toddler son, feed him breakfast and then a snack, and we run errands. Our trips to the park cease when the thermometer begins reading 85 degrees at 8:00 in the morning.

I hurriedly load the washing machine with my white loads first thing in the morning, knowing that I am racing the clock and the thermometer. I try to wash and dry things before the sun begins to beat down and forces my air conditioner to work too hard.

By 1:00 my son takes his nap, and I turn on the computer to visit Hubpages.

At three in the afternoon I fret about my young daughter getting off her un-airconditioned school bus, and ply her with Popsicles and ice water. It is 99 degrees, and the real heat of summer hasn’t yet begun. I know that if school weren’t ending in two days, I would call the school and pick her up from there, even with gas prices soaring close to $4.00 a gallon. Every sane parent worries about heat stroke this time of year.

In the evening the desert breathes. A gentle wind blows and an owl hoots on my roof. Sometimes we sit and listen to a coyote howl or a rabbit cry late at night. The mourning doves coo and as evening falls, a Gamble’s quail scurries hurriedly with its little chicks following behind in a line.

Sometimes on the way home from the grocery store or a church activity in the evenings, we see a snake in the road. Occasionally we catch a deer, javelina, or a coyote in the headlights. Once we saw a rare desert fox with it’s enormous ears.