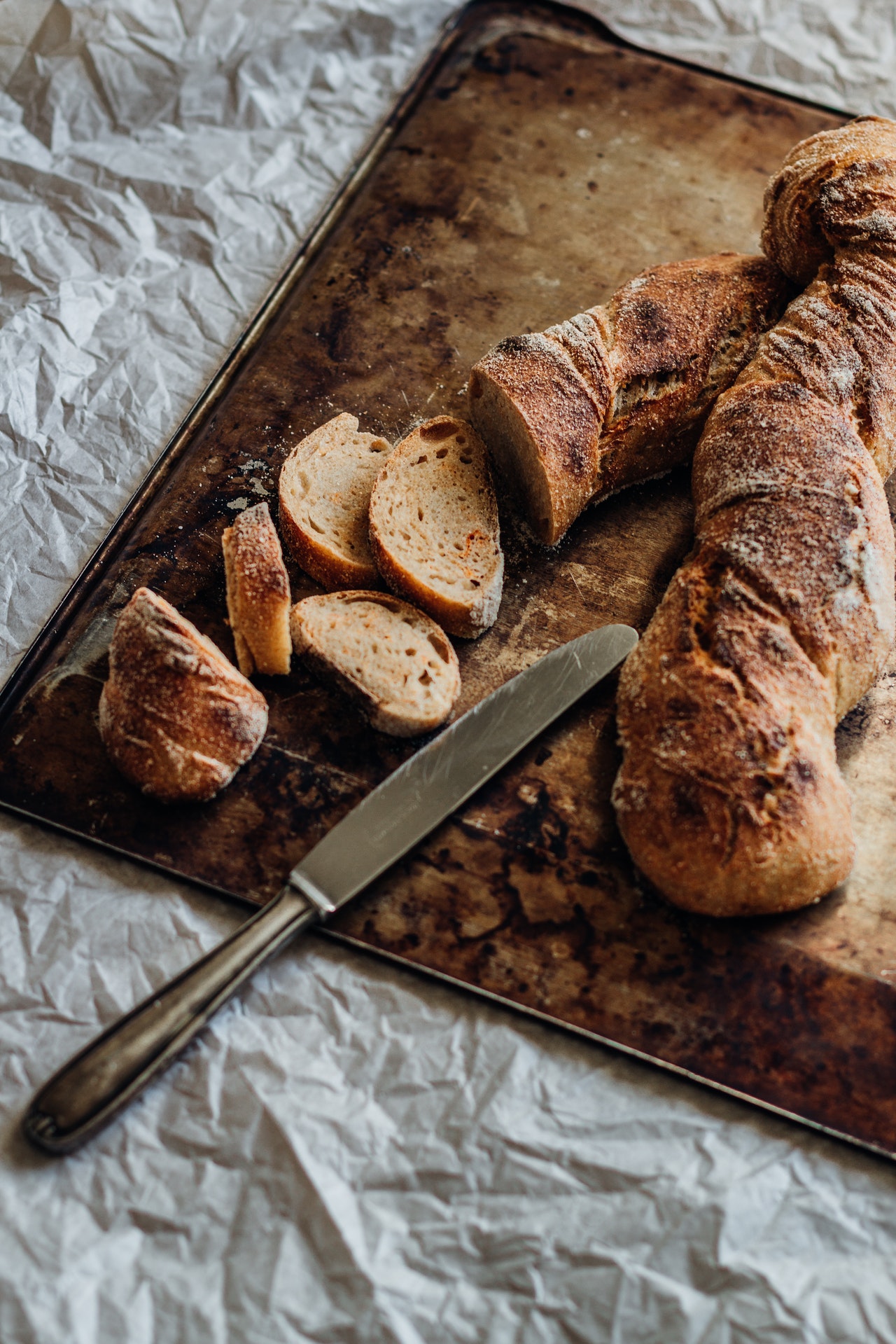 Einkorn is the original form of wheat eating during prehistoric times, dating back to about 12,000 years ago at the dawn of agriculture. Substantially different at the chromosomal level from modern wheat, einkorn can still yield a shockingly delicious loaf of bread which is quite a bit more healthy than the usual stuff. I had read that einkorn bread was hard to work with, and yielded a bread that was heavy, and bitter, astringent, or oddly sour.

I did not experience this at all: the bread had a wonderful soft texture, and was very “bready”/malty tasting, with no off tastes whatsoever. It did also have a nice tan color to it, which is apparently due to its relatively high content of lutein, a carotenoid which is good for your eye health. I purchased my einkorn flour from Heritage Grain Conservancy (I have absolutely no affiliation with them besides being a customer).

Let’s start with the recipe first, and then I’ll delve into the nutritionals and history behind einkorn and modern wheat afterwards.

This recipe is deliberately simple. I had read about other recipes involving oils, honey, and eggs, that were supposedly necessary to give the bread necessary lift and moisture. The recipe I used below didn’t use any of those, and they were not necessary: the bread was springy, light, and moist (and it didn’t get dry and crumbly even when I ate it the next day). The only thing I can think of is that I used quite a bit of yeast for a relatively small loaf, and I gave the yeast a bit more oomph by adding a teaspoon of sugar.

Instructions (if making by hand; bread machine directions below)

Wheat Belly: Lose the Wheat, Lose the Weight, and Find Your Path Back to Health

Dr William Davis’s book blames modern wheat for weight gain, and suggests eliminating wheat, or replacing it in many cases with einkorn, to bring the weight down.

A brief history of wheat: Einkorn to today’s hybridized wheat

Einkorn (Triticum monococcum) was the first wheat cultivar, harvested as early as 10-12,000 years ago in Mesopotamia/Fertile Crescent, before the dawn of human historical records. Compared to modern wheat, einkorn looks sparse and almost like a weed. It is also the simplest form of wheat, with 2 sets of chromosomes (diploid) or 14 chromosomes. Another variety that developed in parallel to einkorn, emmer, is a tetraploid (4 sets) hybrid of wild emmer (itself a hybrid of 2 diploid grasses). Modern wheat (Triticum aestivum) is actually a hexaploid plant, or containing 6 sets of chromosomes, the result of a hybridization of 3 different types of wheat grass.

Hybridization efforts over the last 30 years have yielded literally thousands of varieties of wheat that mankind didn’t know even a couple of generations ago. As a species, we human beings have had the least amount of time to adapt to modern wheat, which continues to evolve in the laboratory without extensive, long-term knowledge on how this is affecting our health.

Many scientists speculate that, while einkorn does have gluten as do all varieties of wheat, its form of gluten might be more tolerable to some who are sensitive to wheat, since it was not a descendant of the same evolutionary path as modern wheat (which was derived from emmer). One such study seems to support that there’s a difference. It’s probably not safe for all people who suffer from celiac disease (an allergy to gluten), but might be tolerable for many people who suffer from gluten intolerance.